Well, well, well. Fancy seeing you here. Where the heck have you been? What am I? Chopped liver?

This is my blog talking to me, and I can’t say I blame it. Although my knee-jerk reaction is to shoot back a sharp “So what??” I won’t go there. It could get ugly and the holidays are just around the corner, so I’ll take the high road.

And rather than offering up a long list of reasons why I’ve been absent for so long (ok, excuses, excuses!) I am offering a truce: the flash blog post. Moving forward, I commit to only publishing posts made of max 500 words, but aiming for even less. That’s about half of my typical blog post length, and will feel less imposing for both you, the reader, and me.

Those of you familiar with my curiosity blog know that I have a propensity toward wordiness, but fear no more! While absent, I’v been exploring the most unlikely thing for a person of my disposition, namely to express myself more briefly. One such attempt was recently awarded by being published on the Brevity Blog – the blog of the journal by the same name publishing concise literary nonfiction. Another micro-memoir-essay of mine made it to the final round (but no cigar!) of a competition last month.

I have to tell you it is pretty exhilarating or at least rewarding to see how an essay about anything can go from a longer form of its original self, filled with what in hindsight (but only in hindsight) looks like unnecessary rambling, to a chiseled and defined version, and this new specimen feeling truer, clearer and packing more punch. I wrote about this kind of epiphany a while back in a publication called Literary Mama.

Now there’s a word to behold: concise. I now carry this little secret nudge in my pocket and fondle it daily to remind me of its value.

I think my offer of a flash blog post might be a great compromise serving both me (who wants to keep writing), the (bitchy) blog (who doesn’t want to just whither away, alone and ignored after such a robust and colorful early life), and you, the reader (who is the real hero in all of this, and whose time and attention I never take for granted).

So, from now on, I commit to a shorter more concise form or blog post, think in the tradition of flash non-fiction or flash fiction stories, or even what is called micro-essays (look it up; I had to once). 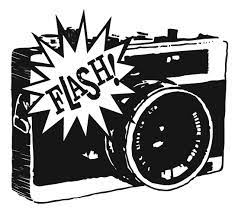