The void feels profound and massive, and the fact is that now it’s on us to continue to tell the story. Samuel Steinmann, the last Jewish Norwegian survivor of Auschwitz, died on Friday, May 1st. He was 91. He was a dedicated witness who spent much of his time sharing the story of his experience with school children and adults, as well as with journalists and historians in Norway. But it wasn’t always that way. For several decades after the war he chose to keep his painful memories private. He was the only survivor in his own immediate family.

Steinmann at 19, just before the deportation

When they arrived Auchwitz-Birkenau on December 1, the elderly, the women and the children were separated out and Steinmann recalls thinking “Well that was humane.” He did not realize they were immediately gassed to death. Steinmann was liberated by American soldiers in April of 1945, after he had survived the death march from Poland.

A total of 722 Jews were deported from Norway to the death camps. Only 34 survived. Steinmann has returned to Auschwitz several times, including with a film crew making a documentary about his life.

His granddaughter and comedienne Cecilie Steinmann Neess recalls, “It was he who taught me respect and compassion. He taught me about love and safety. He taught me how to tell time…” To imagine that a person who had been a victim to the basest and most inhumane behaviors known to man is the same person who transmitted these beautiful and life-affirming values gives us reason to have faith in the power of hope and love.

Steinmann has received many honors for his important contributions, including the King’s Service Medal, and will be buried with a State funeral on Tuesday, May 5th.

Baruch dayan ha-emet.
May his memory be for a blessing. 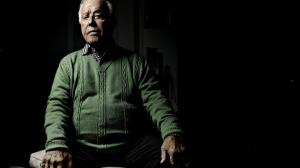